What is Ancestral Healing and do you need it? 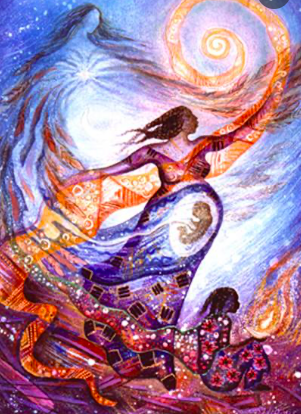 Have you ever wondered why there are so many similarity in families, beyond just DNA. I am talking about behaviours, reactions, personalities and interactions.

When  you are in the womb of your mother, you received information from when your mother was in the womb of her mother. So if there were emotional upsets, fears, anxiety or belief patterns about the world or relationships or food etc,  they could have been passed down to you. They will keep being passed down to the next generation until someone heals this or changes course.

It’s not just what is passed down from the mother. The sperm also holds information. There was a study done on mice. The mice were introduced to the smell of Cherry blossoms. Whenever they smelled cherry blossoms they would get an electric shock. They took the sperm of the mice and impregnated female mice that did not have this experience. The offspring still feared the smell of cherry blossom even though they never met their father or had the experience themselves. Even more amazing, their offspring also feared cherry blossoms. The fear went through 3 generations of mice.

Maybe it is part of your journey at this time to heal the ancestral line. Wouldn’t it be amazing to be the break in the chain, the one who changed course, the one that paved the way for a healthier generation.

How to know your Following your Intuition and not just being crazy!

10 Tips to Boosting your Immune System